A monthly round up of retail industry news, insights and trends buzzing on my radar….ICYMI

News of Amazon’s magic mirror patent kicked off the ‘new year new you’ fashion-tech conversation. A report on Engadget examined how consumers might soon see a blended virtual reality image of themselves combined with their Alexa Echo Look device that suggests likely outfits of the day. Just another step further into our wardrobes for Amazon’s all encompassing eco-system. 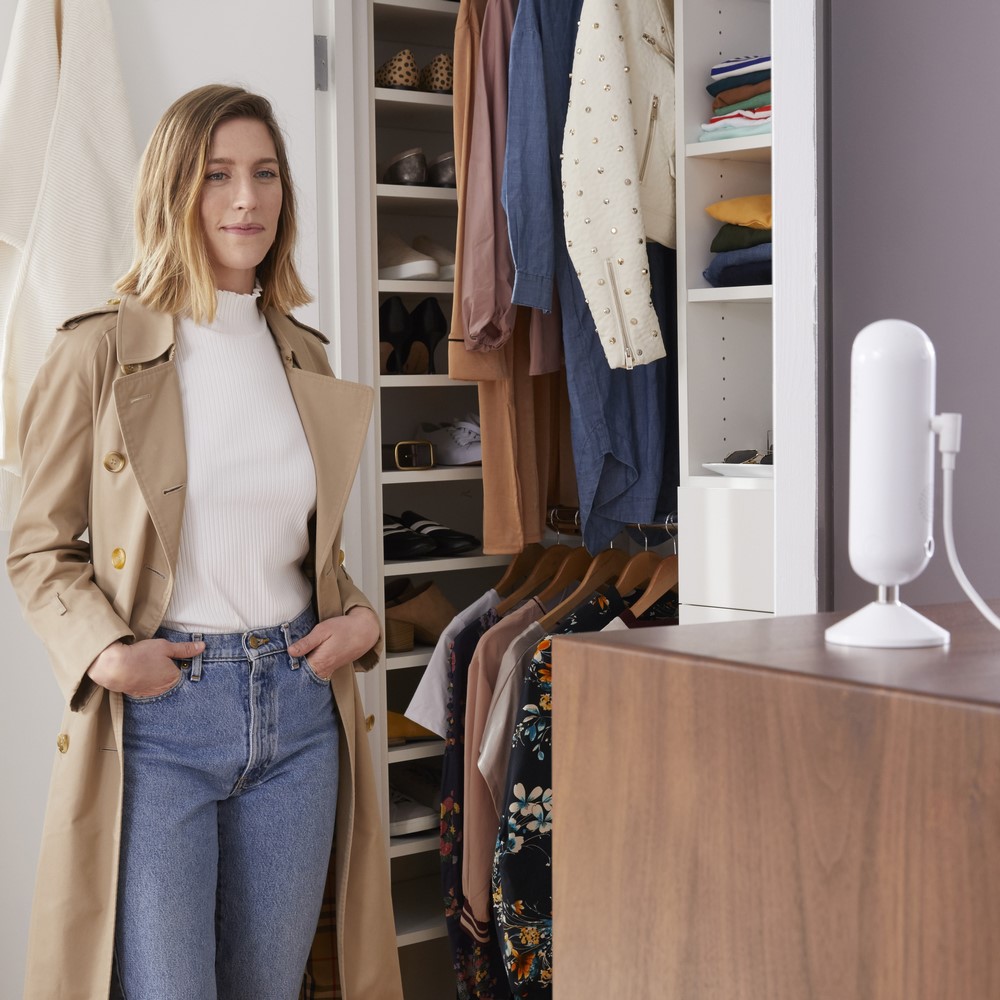 Amazon’s Echo Look could get its own mirror companion soon

Voice-commerce was a major retail-tech trend at this year’s CES according to JWT Intelligence….as a host of new gadgets or appliances featuring either Amazon Echo or Google Assistant voice-control technology launched to market, signalling we have reached critical mass for voice-command searches and functionality through Internet of Things connected devices. 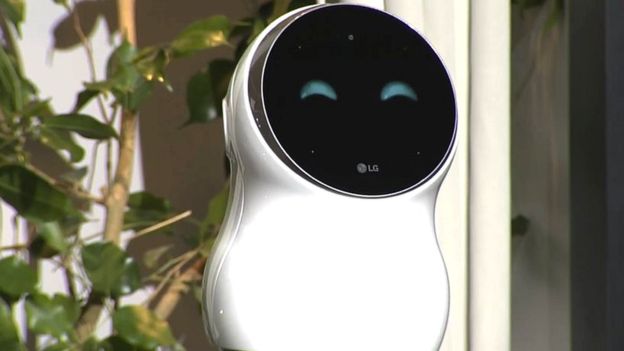 Luxury beauty brands are moving from ambassador-heavy pop-up events to more interactive, experiential parties where clients are meant to ‘live the brand’. Yves Saint Laurent Beauté launched an extension of its 2017 Beauty Club event format – a four-day pop-up hotel held during this month’s Paris Fashion Week – that was intended for guests to experiment with the brand’s services and products, create digital content for social media, but not make any purchases. This was a strategic shift away from storytelling, moving into more ‘storyliving’ according to Stephan Bezy, international general manager Yves Saint Laurent Beauté, in an interview with WWD. 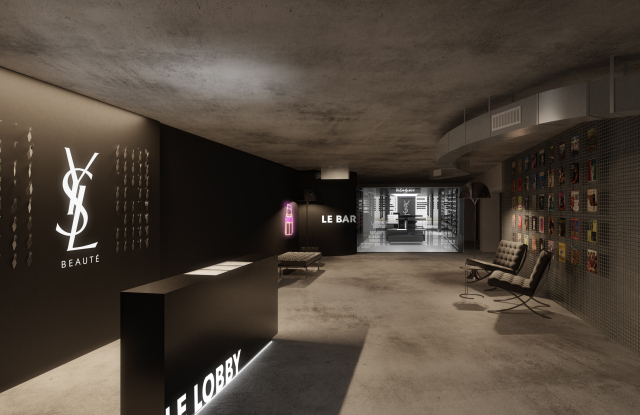 The Gucci Garden pop-up store, museum and restaurant was discovery-commerce in its original form. This was a luxury retail experience that offered so much more – a full suite of creative inspirations from the archive museum of prints and personalised designer curations, to the treasure filled cabinets of curiosity, and the luxury space du jour – an Osteria! 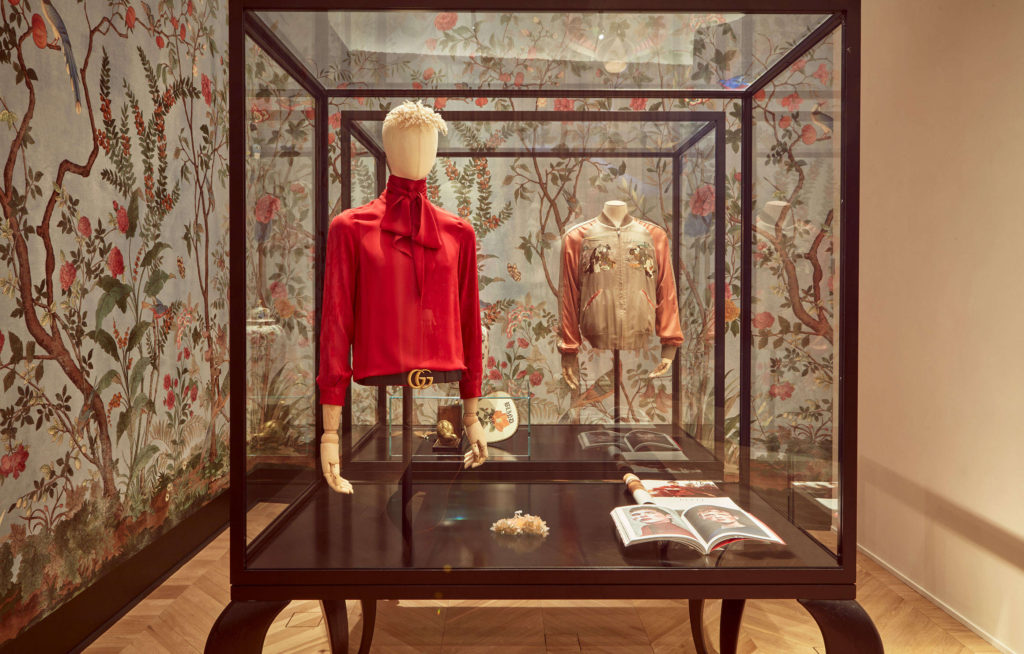 Prada has finally got the digital memo. In December the luxury group launched its e-commerce store in China – after being at risk of being left behind according to Jing Daily – and this month the brand launched an ‘alternative’ travelling pop-up experience in Macau. The Prada Spirit is a luxurious traditional Italian café, with central bar area and high bar stools alongside cabinets for exclusive leather goods, that will take in Beijing, Shanghai, Hong Kong and Taipei between now and February for Chinese New Year, reports WWD. 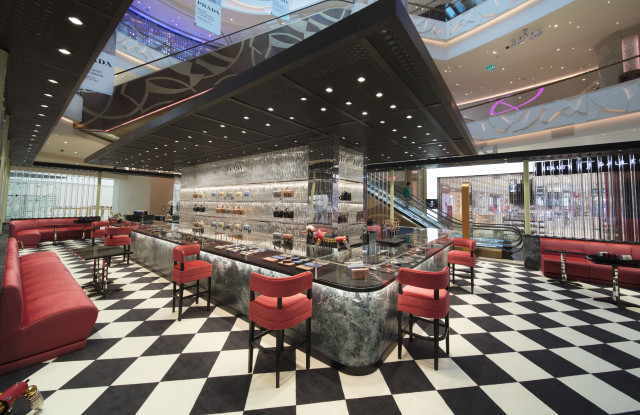 There are a handful of new boutique gyms opening this month in London and I like the look of the new Blok outpost in Shoreditch. Isn’t it about time we looked to the boutique gym brigade for a new style of wellness community retail, where brands such as OvertNYC or Phvlo can rent temporary spaces to launch influencer-led collections to engaged, niche communities. 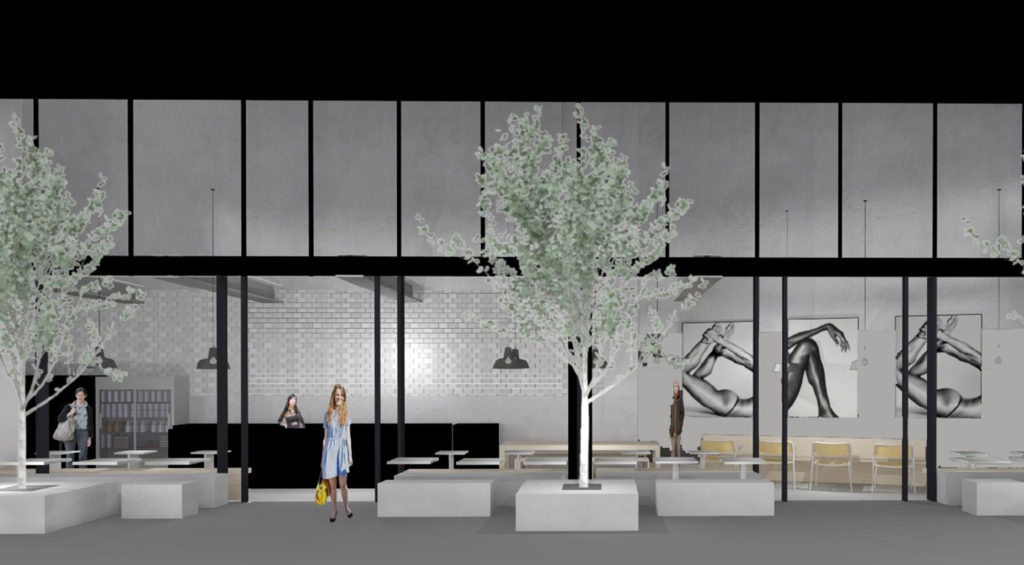 The CK x Kardashian-Jenner #MyCalvins familial ad campaign launch was a zeitgeist moment to note: the day when influencer-commerce took over from physical retail. Who needs stores when you can click-to-buy via Instagram? 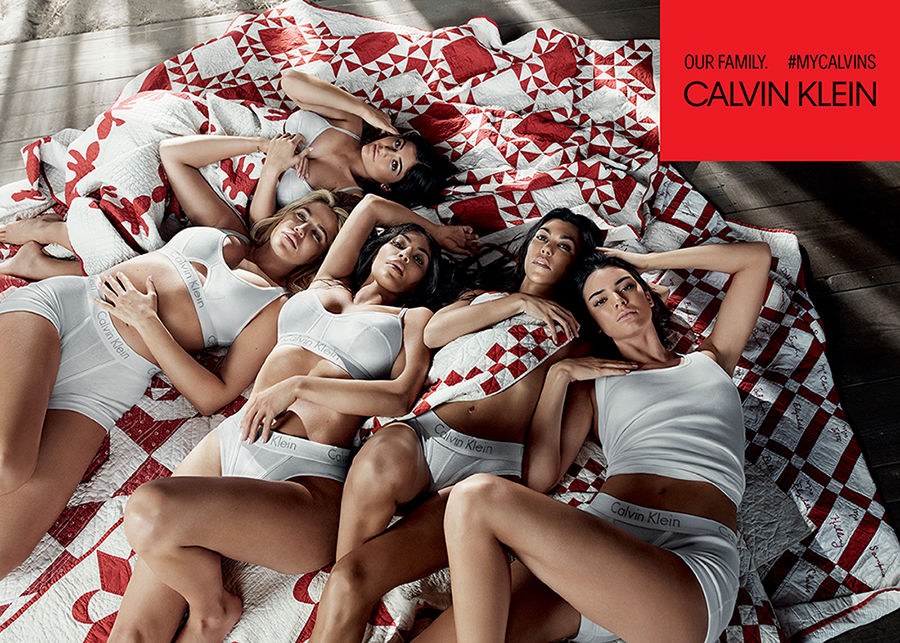 Selfridges pushes the retail experience envelope again this month with its Lamyland boxing gym and Corner Shop pop-up in collaboration with extreme creative muse Michelle Lamy. Part of the department store’s new Radical Luxury campaign, that asks what does new luxury mean today, the focus on boxing is intended to offer a differential view on luxury streetwear and the power of collaboration. 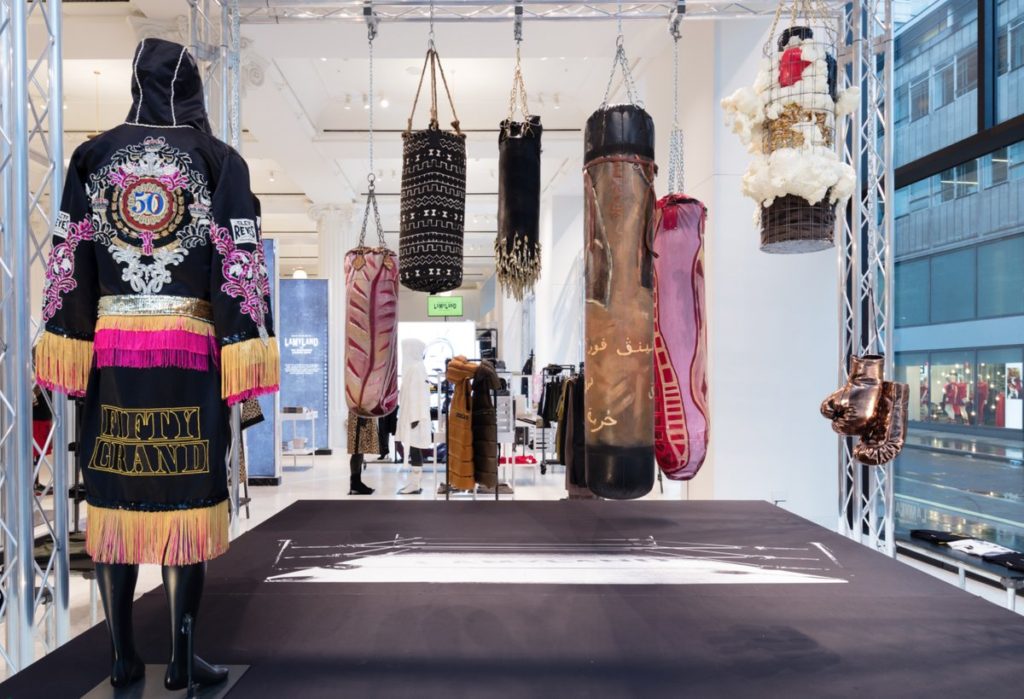 Dover Street Market is having a kawaii moment. The new kawaii themed spring/summer collection by Comme des Garcons is the focus in-store and in the windows and it’s a plastic fantastic wonder. 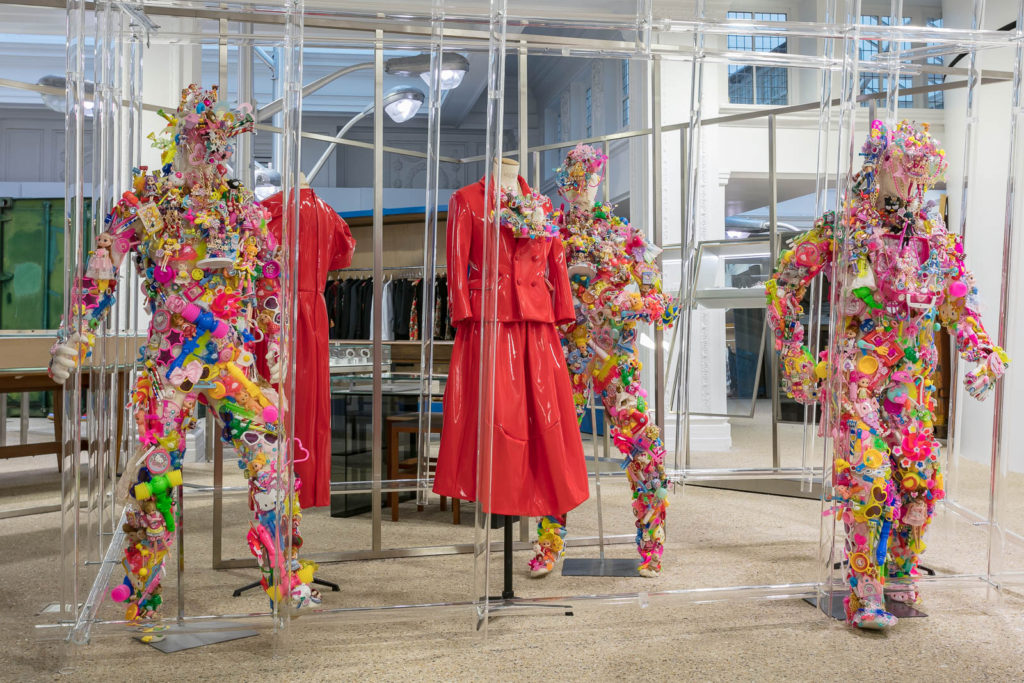 Gap is ticking ALL the diversity boxes with its latest #GapLogoRemix ad campaign/ music video featuring a host of young tastemakers from the worlds of film, TV, YouTube and social media. Aside from the 90s heyday merch, Gap is bankrolling a new era of ‘culture-remixing’ says AdAge. Could the brand finally be turning it around? 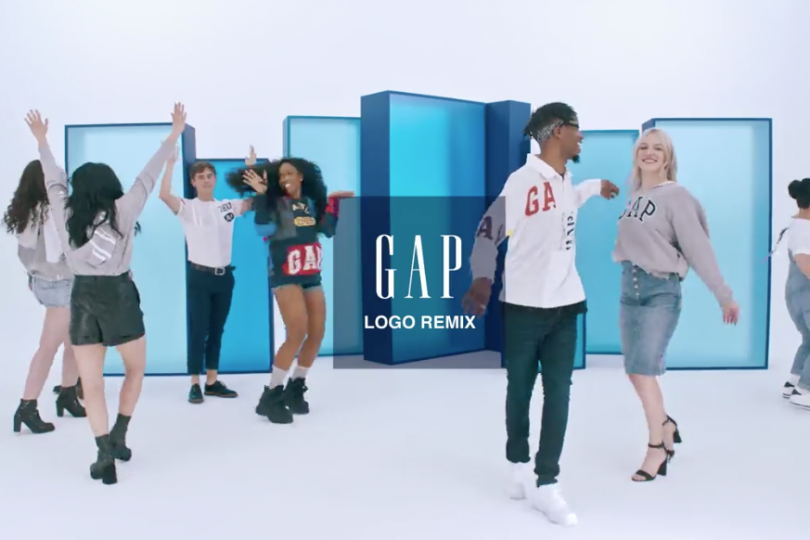 News just in! H&M is launching an off-price marketplace called Afound, dropping in Sweden first, both on-line and stores, sometime later this year. It’s about time too – with big shifts in consumer attitude towards trends such as circular fashion, thrift-chic, seasonless-style and cloud closets – H&M is well placed to set the tone for a new era of mass transparency. Described as a “style- and deal-hunting paradise” it’s hello to old stock from Arket, COS, & Other Stories, not to mention H&M’s countless designer collabs, plus a host of as-yet-unnamed Swedish labels. I’m thinking of a style-crush cross between Bicester Village, Depop and Vestaire Collective. 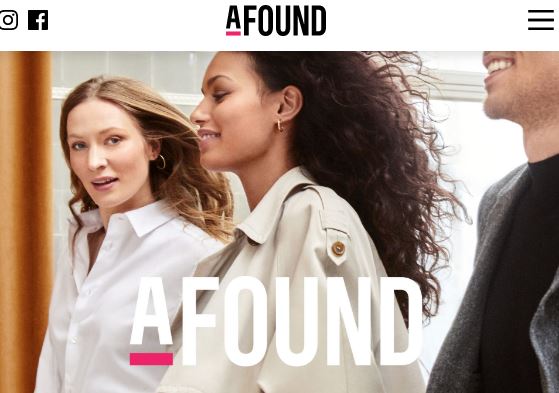