In my latest monthly retail round up, celebrating experimentalism and new season innovation on the high street. H&M Studio drops with strong retro looks, John Lewis is all about Instagram influencers for its own-label brands, Sezane opens in London’s Notting Hill and & Other Stories gives us luxury hair vibes. 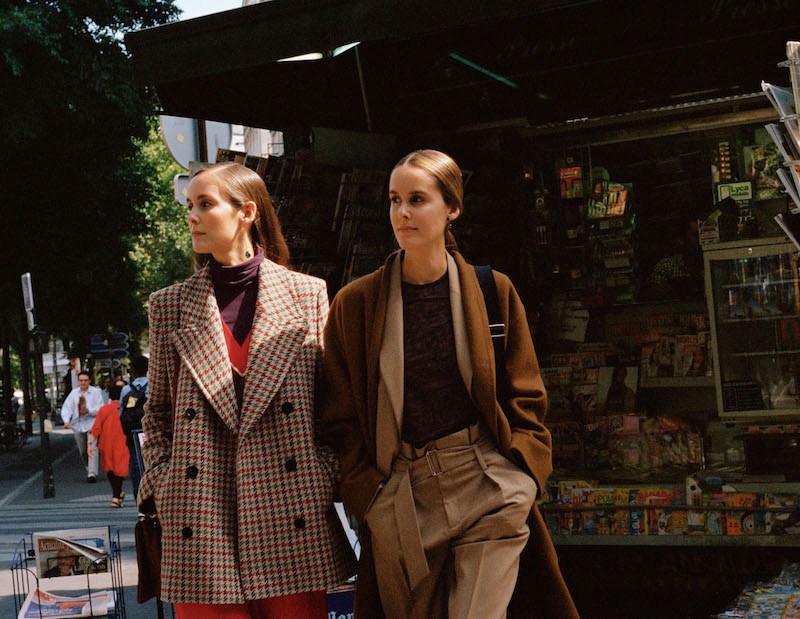 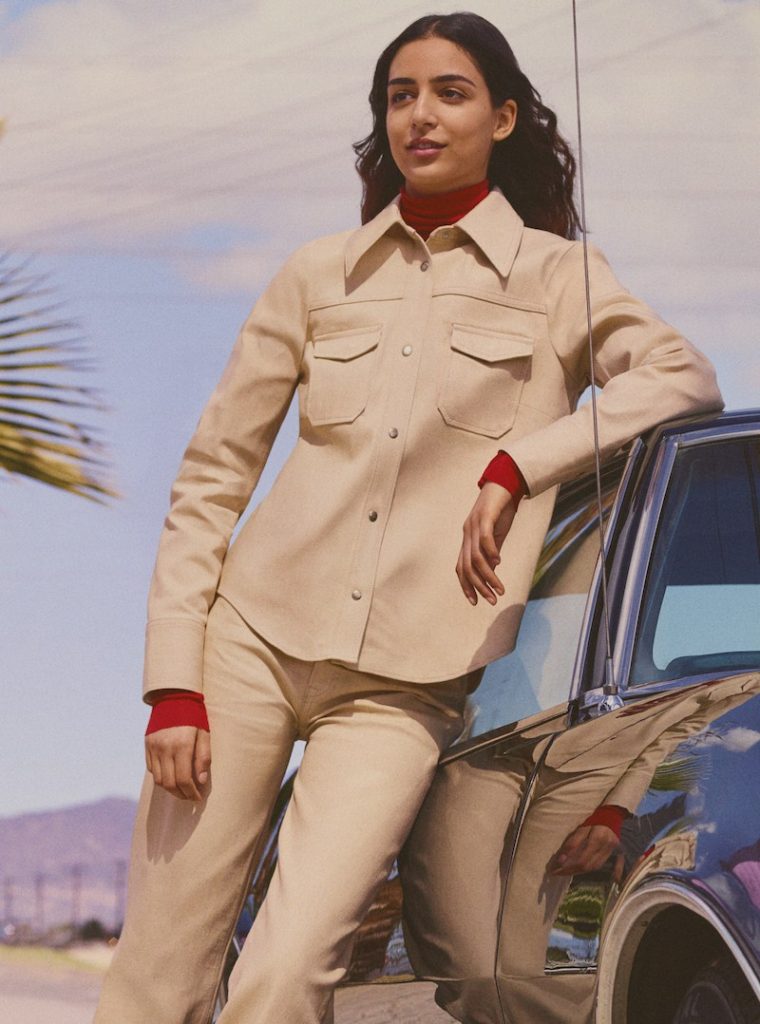 There’s more than a hint of cult TV series Twin Peaks’ 50s vintage wardrobe aesthetic for H&M Studio’s AW18 collection. The retailer calls it ‘Neo Noir Chic’ with looks inspired by a hybrid of 50s movie icons ‘with their era-defining looks’, and grunge-infused indigo precision denim jackets (we think they’re more of a nod to Calvin Klein by Raf Simons). As ever with H&M’s Studio collection, pieces are trend-led and in limited supply – so we’ll be shopping for the denim ‘is it a shirt or jacket’ before checking out Twin Peaks dream sequences on Netflix for our retro inspo. 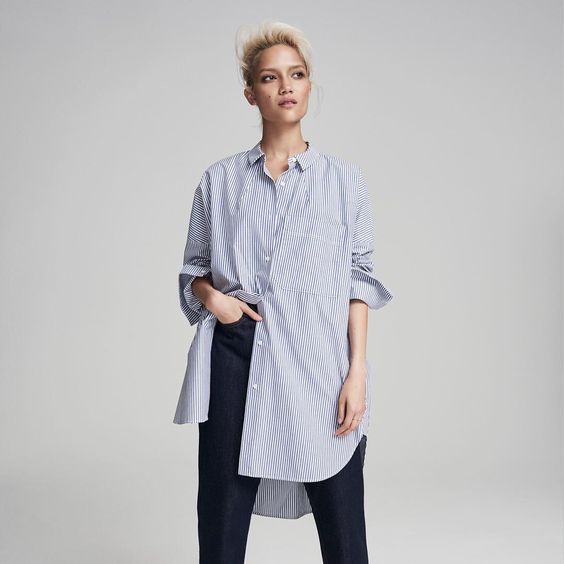 John Lewis has been quietly focusing on growing its portfolio of own-label brands and this autumn, the UK department store is investing in a team of Instagram influencers for highly personalised content campaigns across its Modern Rarity, Kin and And/Or labels. Why is this news? Despite the brouhaha earlier this year around Instagram’s shifting focus on algorithms and what it means for the influencer-economy, there seems to have been a tipping point in 2018 of consumers accepting and embracing social-shopping via this cohort. So, it’s props to our friends and colleagues including @FashionFoisGras, @DoesMyBumLook40 and @StyleMemos for their #sponsored Insta-wardrobes.

Meanwhile we’re counting down the days until John Lewis & Partners launches on 4 September. With its seasonless style approach and grown-up wardrobe mentality it’s ticking a lot of boxes for DRG’s #TheNewGarconne aesthetic. 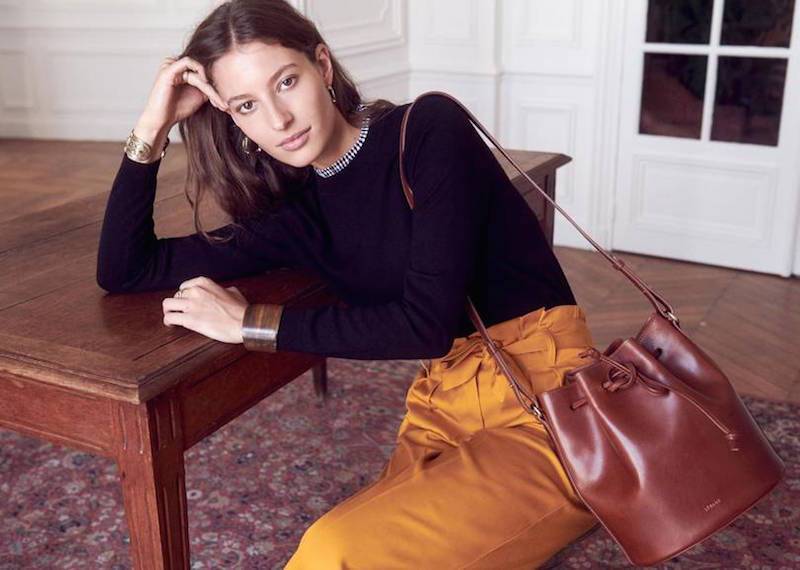 As more contemporary fashion brands switch to direct-to-consumer (DTC) retail strategies and department stores like Nordstrom are forced to embrace DTC trailblazers such as Madewell, Everlane and Reformation, it’s no wonder digital-first labels are opening physical stores themselves. French brand Sézane is leading this trend with a new apartment-style outpost in London’s Westbourne Grove alongside its other trademark home-tail locations in Paris, Provence and New York. Talking to Vogue, Sézane founder, Morgane Sézalory says the brand is having a refresh to coincide with the new focus on retail. ‘It’s a better reflection of the adult me, more grown-up, I wanted the typography to feel modern, so that people understood I wasn’t doing vintage any more, but now I’ve realised – that’s not really me. I love timeless things! I want to spread the French charm.” 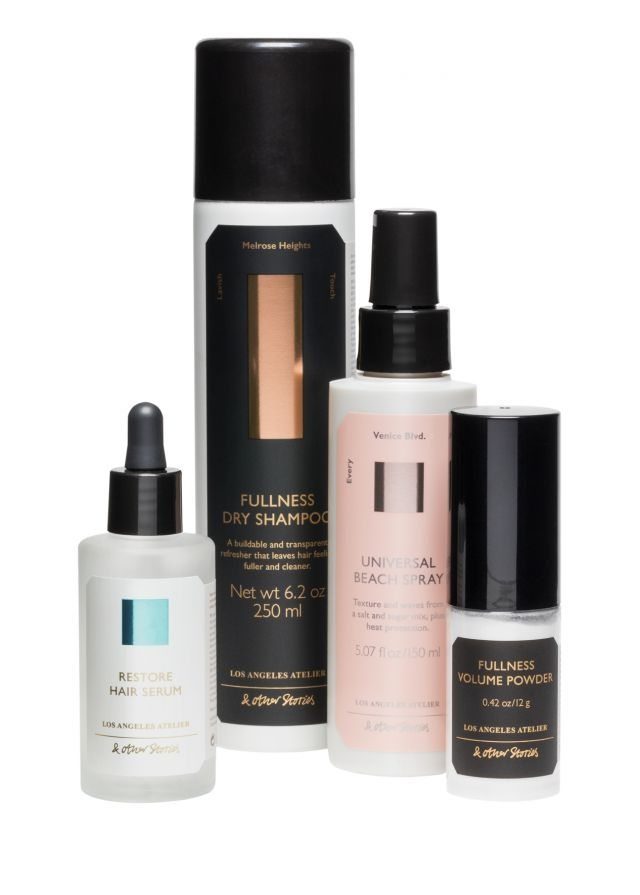 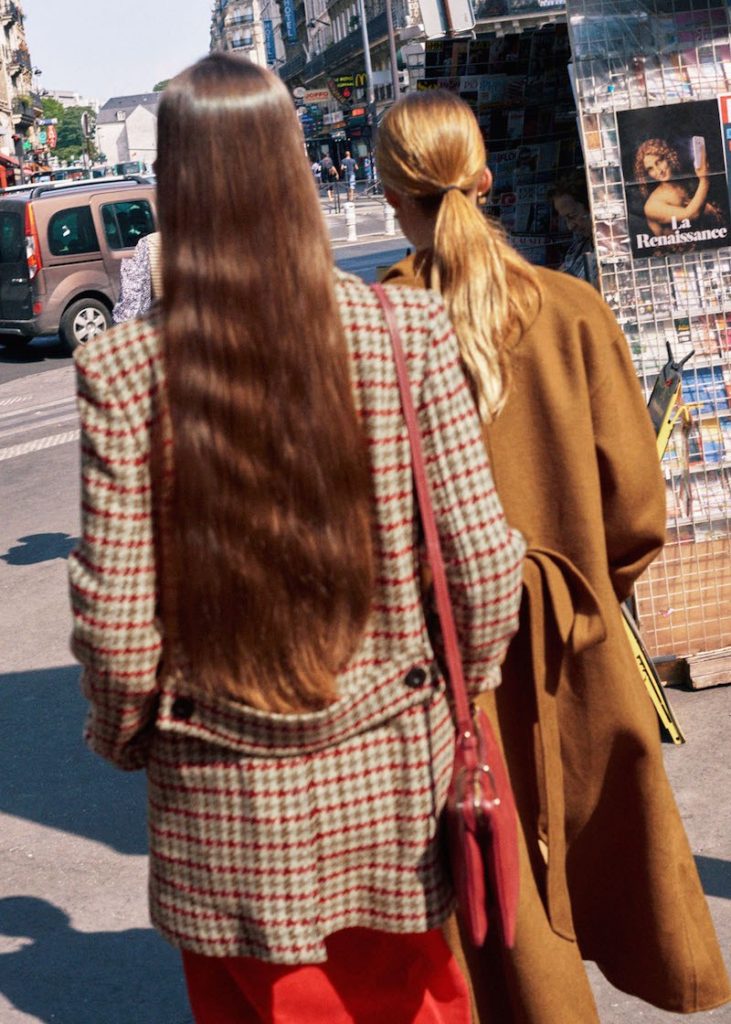 With design ateliers in Stockholm, Paris and Los Angeles, & Other Stories (above and top) has chosen the Marais area in Paris to open a new retail concept. Located in contemporary fashion hotspot Vielle du Temple, the 880 sq m store will see the H&M-owned brand start experimenting with additional product categories as well as putting more of a focus on customer experience. One of these experiences will be an artists’ residency, with local artist collaborations showcased in a dedicated community store area. Artist and fashion stylist Camille Bidault-Waddington is the first collaborator, whose jewellery and ceramic artworks are on display in-store with a sale that runs until September 16. In other news, & Other Stories has recently launched a haircare range, featuring premium packaging with high-street prices and products – including shampoos, scalp scrubs and targeted serums – that are inspired by Los Angeles’ biggest hair trends.

This retail column is a guest post  for DisneyRollerGirl. You can shop the brands mentioned here via a shopping gallery.

As fashion weeks for menswear and haute-couture kick off in Paris, here’s a mini fashion retail safari.

2017 concluded with a spat of high profile closures worldwide especially at the high-street end of the scale including hundreds of stores owned by The Limited, Michael Kors and Bébé in the US. However in France the picture looks different. Global statistics portal Statista predicts that the revenue of clothing store retail in France will remain steady to 2020 ($32.6 bn 2014 to $33 mil in 2020) with independent brands, multi-brand concept stores and pop-ups continuing to drive innovation.

Out of the ashes of the high profile closure of the Colette concept store in December 2017 has risen a new boutique operated by two former employees Marvin Dein, previously head of the sneaker department and Sébastien Chapelle, ex-director of high-tech and timekeeping. The 150msq store baptized Nous launched January 8th at 48 rue Cambon with an offering that includes men’s streetwear and lifestyle products including high-tech gadgets, watches, glasses, accessories and books.

January 2018 saw the launch of the Manifesto capsule collection to celebrate the 50th anniversary of the first Sonia Rykiel collection. The flagship store (and simultaneously key stores around the world from Japan to New York and London), has been transformed into an immense pop-up with a monumental art installation by Jaro Varga. The store design reflects the literary roots of  Paris’s Rive Gauche with a striking black and white bookshelf theme featuring the red Manifesto logo and includes an enormous exterior shell attached to the store front. 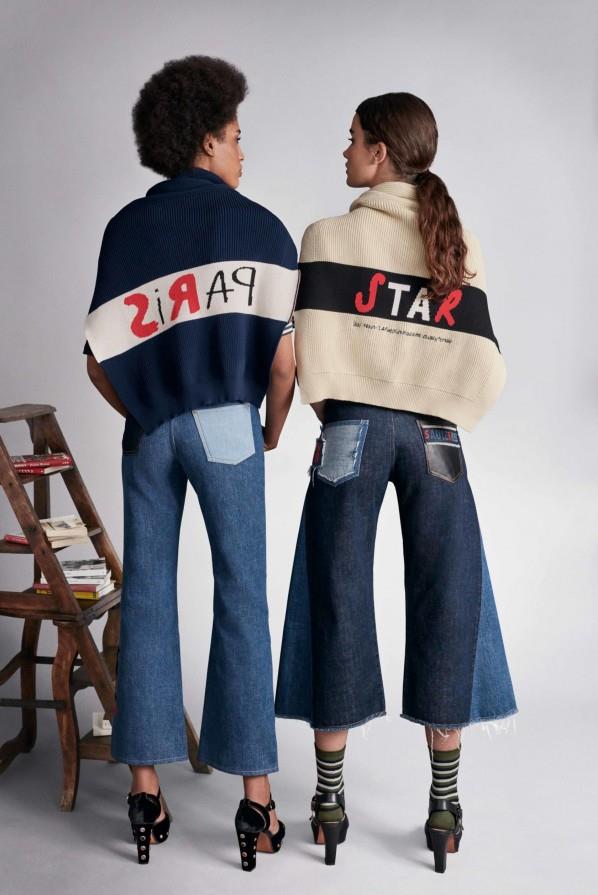 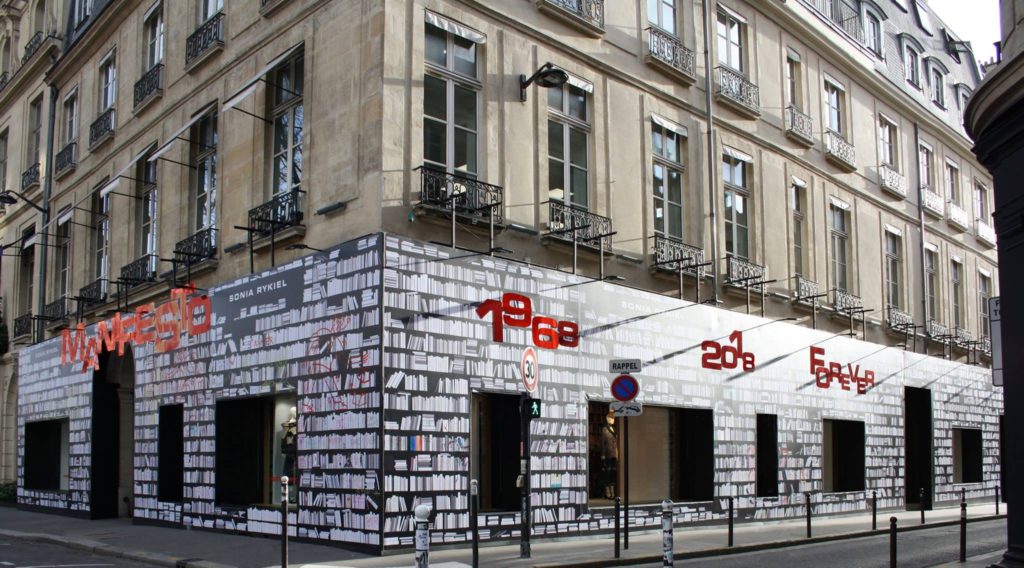 Continuing with the luxury pop-up theme, Christian Dior recently opened the seventh global Tarot pop up at  386 rue Saint Honoré to highlight the current cruise collection. In speaking about the collection, designer Maria Grazia Chiuri said she was inspired by the fact that “Christian Dior was highly superstitious.” The imagery for much of the collection says Chiuri was inspired by the Motherpeace Tarot, a feminist deck that was created in the 1970s. 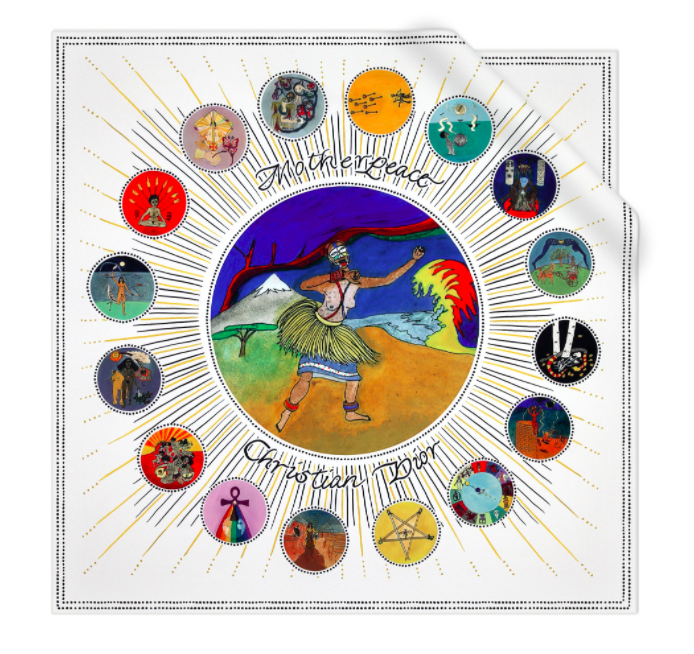 On the Left Bank at 9 rue Madame Centre Commercial recently inaugurated its third Parisian shop. Seven years after the opening of the original Canal St. Martin store, this new location offers 100msq and is decorated with a new design and sleek look, accompanied by neon lights on the ceiling signed by the artist Kleber Matheus. “Transparency, design, traceability in fashion and activism, all of these words reflect the DNA of Centre Commercial,” says founders Francois Ghislain Morillion and Sébastien Kopp. 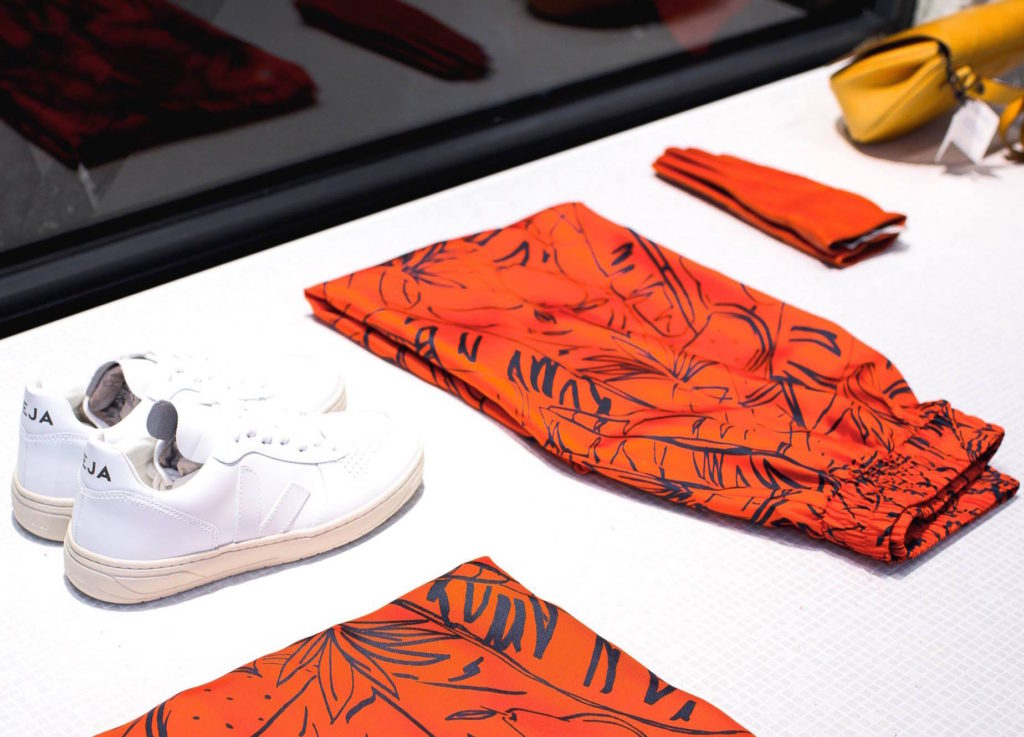 With great fanfare Japanese streetwear label A Bathing Ape recently opened a 450msq store at 34 rue de la Verrerie.  A joint venture of parent company I.T. global and French department store chain Galeries Lafayette the Bape Store stocks limited-edition Paris collection alongside the brand’s signature line. The launch was preceded by a clever Instagram campaign to build momentum that included a “Hijacking Night” whereby Bape’s signature camo print appeared at several locations around the city. Much coveted rubber bracelets and tote-bag gifts were handed out at the grand opening to a baying crowd of devotees. 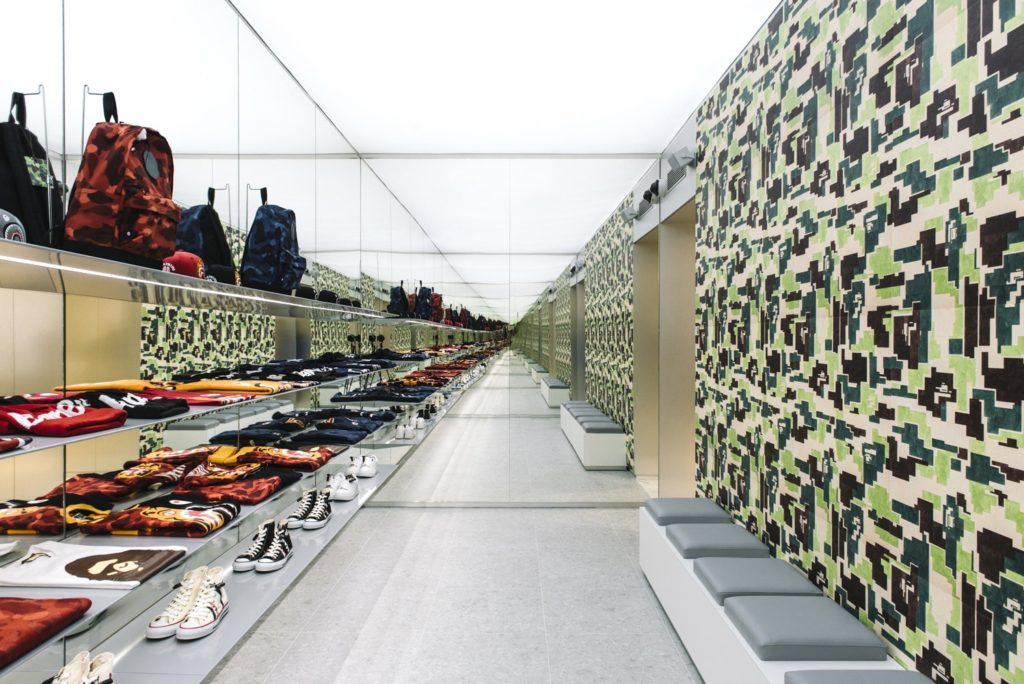 This article was contributed by Janet Hart-Da Silva, a Paris-based writer and previously a correspondent for WGSN, Global Blue, Stylus and the New York Times. Follow her on Instagram at BonBonVintageParis