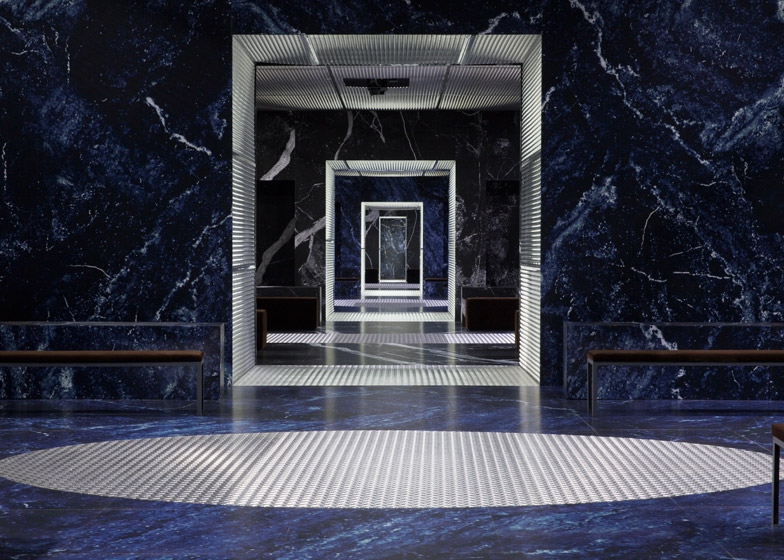 The disorienting set was built by partitioning interconnected rooms in two lines side by side, each with varying degrees of precision positioning. Called The Infinite Palace a Prada statement described the suite of rooms as a classic enfilade, with an ‘abstract mannerist perspective’. 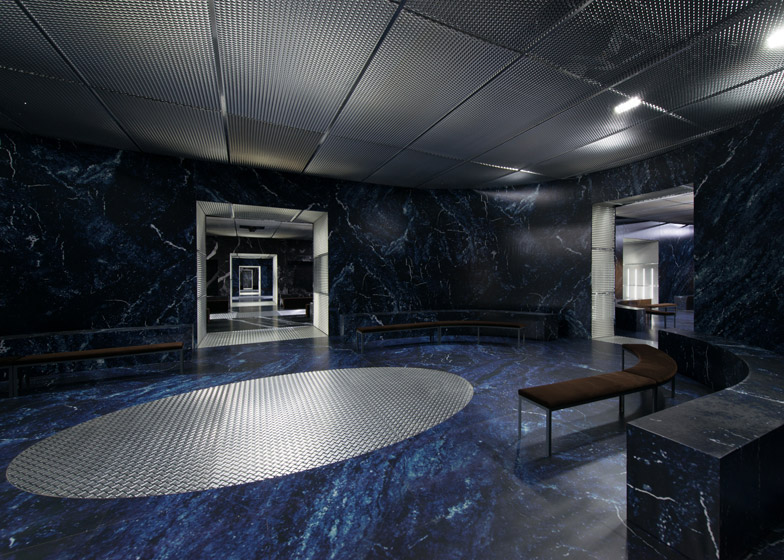 ‘The progression through the connected rooms simulates endless repetitions and symmetries, while providing the illusion of an infinite palace,’ says AMO in the statement. ‘As the models move linearly across the enfilade, members of the audience, divided into small groups, are pushed into close and intimate proximity with the collection.’

Also in Milan this week, Prada launched its new season window display, created by designer Martino Gamper, featuring a play on proportions through different wood grains where corners were the focus.  ‘The design draws its inspiration from perspective, fragments and contrasts between natural materials,’ explains Gamper on Prada’s website. ‘Those elements are enhanced by the simplicity of a corner, which is a common thread for all of the displays.’ 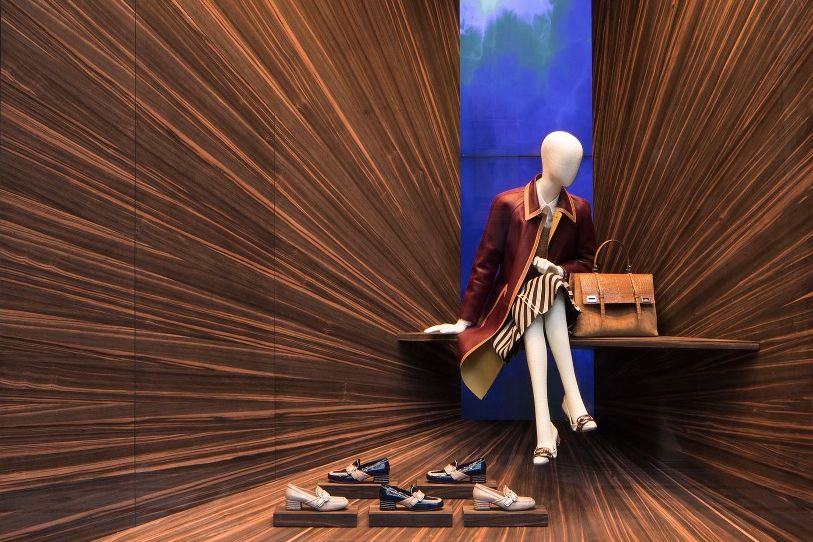 *Prada’s playful approach to graphic presentation (both on the runway and in its windows), reflects the label’s attention to architecture, design and influence over perception. While the Prada menswear show was live streamed over the web, the effect for viewers not present at the event, was augmenting an infinite runway show, while for a select few in the audience, the sequential spaces multiplied and fragmented the show allowing for a series of intimate moments.