The online retailer worked with film director Matthew Vaughn and costume designer Arianne Philips to ensure the 60 piece collection (that is directly influenced by the movie storyline), reflects all that a British spy could need, sartorially speaking. Colin Firth and breakthrough actor Taron Egerton star alongside Samuel L Jackson and Michael Caine – who all look suitably suave and impeccably dressed throughout the movie. In fact viewers can shop any of the Kingsman looks on Mr Porter while they watch the film; content-to-commerce takes on new meaning with this collection that goes live on the website when the film launches in mid February. 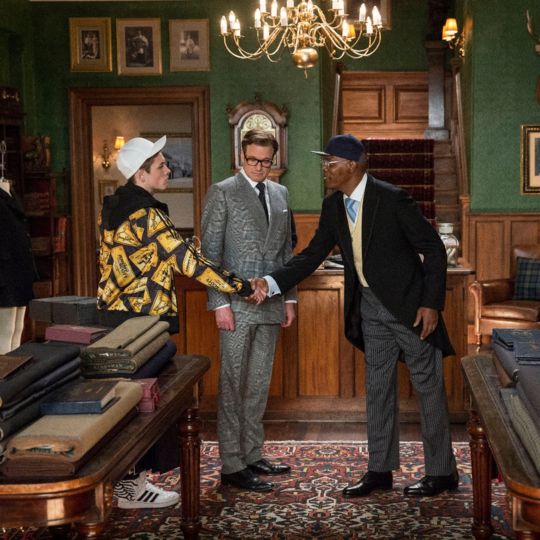 Kingsman: The Secret Service – key looks in the film 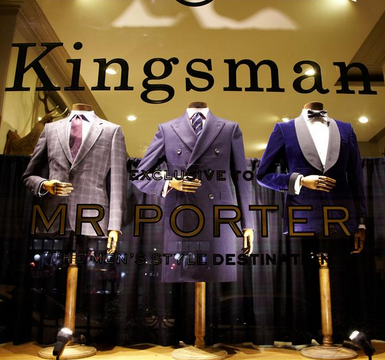 The bespoke 60-piece collection includes suiting, outerwear, shirting, knitwear and accessories made from a range of British brands – including Turnbull & Asser shirts, Drakes ties, Cutler & Gross eyewear, Bremont watches and Swaine Adeney Brigg bags – all known for their craftsmanship. It features the costumes worn by characters in the film and is reliant on the audience feeling compelled to buy into the power-play style portrayed by Colin Firth who is the well-dressed, super spy lead character.

‘The idea of turning a costumed collection into a commercial merchandising opportunity is a first for the fashion industry, especially to do it this way around’, Toby Bateman, Mr Porter’s buying director told me at the press launch on Sunday. Vaughn approached Mr Porter because he couldn’t find the type of suits he wanted to wear himself, and from early on in the film’s development he saw an opportunity to turn Philips’ designs into a global clothing line, which is why he turned to Mr Porter. Bateman says he we wanted to make it more than just a one-off film merchandise collection. ‘We saw the potential to launch a new personality-driven Mr Porter collection that will continue with seasonal updates after the film,’ Bateman said. ‘The Kingsman collection has genuine integrity, it’s costumed from the film, everything is made by British craftspeople, it’s a who’s who of British sartorial style,’ he added. 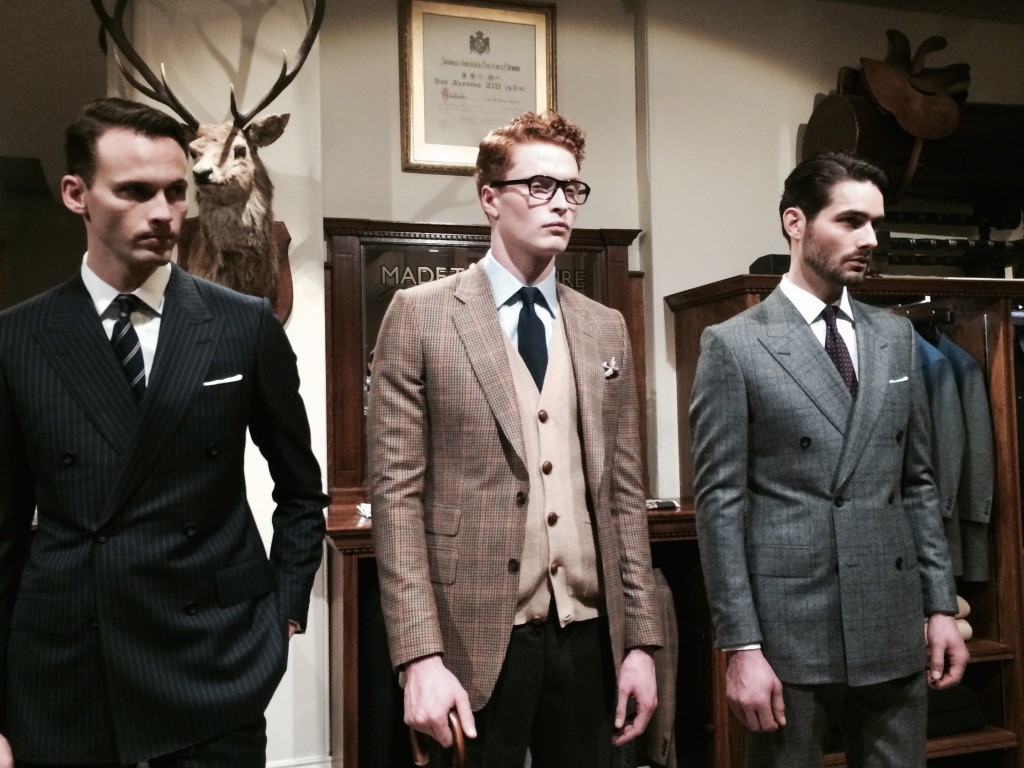 ‘Men’s style has always been inspired by the look of leading men in film but this is the first time that the costumes for a movie have been conceived with the idea of selling those clothes to the film’s audience. You could be sitting in the cinema watching this film and shopping the looks from your mobile at the same time,’ he adds.