Beacon retail has been gently gathering momentum as a phygital trend to watch in 2014. There are developments from luxury to food sectors, as retailers figure out the benefits of sending out targeted, location-specific marketing messages to consumers’ smartphones while they browse stores.

Several September launches have helped promote the latest opt-in shopping apps, that rely on retailers to install small location-aware devices and can communicate with consumers’ smartphones via low-energy Bluethooth signals. 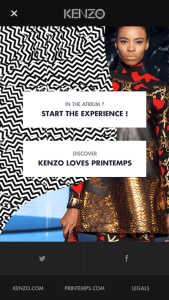 Luxury and retail brands are leading the fore with gamified or interactive platforms, that learn consumer preferences the more they are used.

Kenzo has collaborated with Paris department store Printemps for a dedicated two-month pop-up in September and October, and as part of the partnership the luxury house created its first mobile app: Kenzo Loves Printemps. Downloading the app before visiting the pop-up, allows users to browse through the exclusive pieces as well as learning about the David Lynch inspired AW14 collection. Once in-store app users can try the interactive game to search out letters spelling Kenzo to enter a competition for collection prizes. The app also uses Beacon technology alerting passersby to daily activities within the Kenzo pop-up space.

Regent Street is arguably one of London’s premier tourist shopping destinations and so it’s no surprise that its owner, The Crown Estate, has installed Beacon technology up and down the street at over 100 stores. During September the Regent Street shopping app was advertised on buses in the area, and after personalizing the app Tinder-style with swipes up for yes, down for no, users can shop exclusive promotions from stores including Burberry, Brooks Brothers and Anthropologie, receiving relevant push notifications as they near their favourite stores. The Crown Estate was the first major shopping destination to install beacons in the UK.

Department stores are also waking up to the buzz of Beacon technology and they’re partnering with shopping apps that consumers are already using for heightened awareness and convenience.

In one of the biggest Beacon roll-outs to date, Macy’s announced it is installing the technology across 4000 stores, as part of a slew of omni-channel strategy updates. 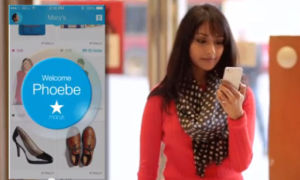 The news follows a year-long trial that the department store group has been doing with the location-based shopping platform Shopkick. ‘This is the breakthrough for iBeacon,’ said Cyriac Roeding, CEO and co-founder of Shopkick in an interview with GeoMarketing magazine. ‘By a factor of 20x, this is the largest implementation [of beacons] worldwide,’ he added.

Similarly Hudson’s Bay Company (HBC) is eyeing Beacon technology deployment across its portfolio of Canadian and US stores (including Lord & Taylor, Hudson’s Bay and Saks), partnering with loyalty shopping app SnipSnap. What’s interesting here is that as with Saks and Shopkick, the HBC Beacon experiment utilizes a third-party app to target shoppers with promotional messages from up to seven different departments that are able to trigger the Beacon push notifications at say, Lord & Taylor.

‘Think about it, and you realize that beaconing has been the missing piece in the whole mobile-shopping puzzle,’ says Chuck Martin, a mobile marketing consultant, writing for the Harvard Business Review.

The mannequins are watching

As consumers become used to the idea of walking into stores outfitted with Beacon technology to receive relevant discounts and even ‘abandoned cart’ product reminder messages on their mobiles, now it’s smart mannequins that are getting the tech treatment. 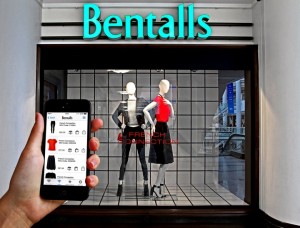 London based start-up Iconeme has created VMBeacon, especially for fashion retailers to install inside mannequins to enhance the customer experience in-store. These ‘smart dummies’ can ‘give customers much more of an experience when they’re shopping,’ according to the company’s co-founder Jonathan Berlin, in an interview with Bloomberg. The VMBeacons can transmit information about the clothes on display – such as price, photos, description, even SKU location on the shop floor – direct to mobile devices within 100m when customers have the app turned on. UK retailers House of Fraser, Bentalls, and Hawes and Curtis have been trialling the smart dummies fitted with VMBeacon software since August.

Beacon technology works well when there are multiple brands, creating a multitude of promotional shopping messages, in a defined geographical location.

Now malls are following Regent Street’s lead and recognizing Beacons as a sideline retailer revenue stream. US mall operators Rouse Properties and Simon Malls are both in early stages of rolling out Beacon hardware to capitalize on the sponsored content its retailer portfolio will need to send out, while potential customers are shopping at the mall. Simon Malls is installing geo-location software in central areas at 200 of its malls, utilising its own app for Beacon messaging extensions.

Experimenting with Beacon at 34 locations, Rouse Properties’ executive VP of leasing says selling that digital space to advertisers in different packages is the primary driver for the roll-out, according to a report on Fashionista.

Travel retail will be another area where beacons will be useful to consumers. Virgin Atlantic is one of the first airlines to use beacon technology at its Heathrow Clublounge for airside passengers to receive boarding passes and tax-free shopping promotions on their smartphone, according to iBeacon Insider. 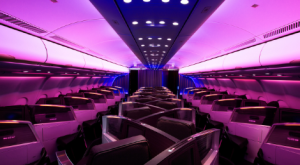 Major League Baseball and Coachella are just two US entertainment events that have experimented with beaconing campaigns in 2014, proving that the technology has potential to break away from retail environments into public events, where large crowds can pick up branded and marketing messages from sponsors.

The future of Beacons?