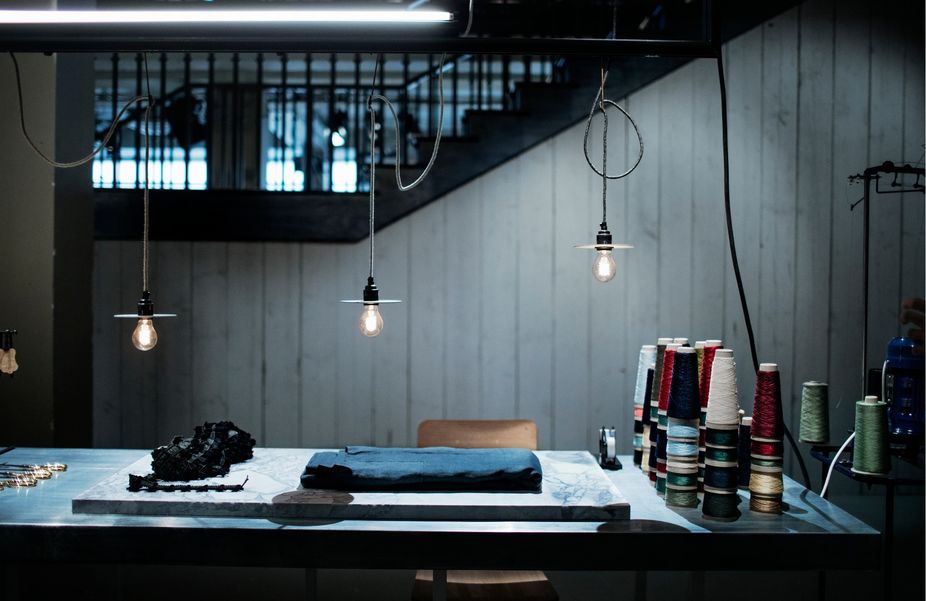 British luxury brand Burberry marked its first see-now buy-now collection with a show venue that doubled as a festival of craftsmanship and storytelling.

Burberry’s Makers House exhibition is a week-long pop-up, open to the public, bringing to life the inspiration behind The September Collection. A partnership with The New Craftsman, the event is a celebration of craft, an open-house workshop where transparency and emotion evoke a sense of discovery

Burberry’s designer Christopher Bailey was inspired by Virginia Wolf’s gender-fluid novel Orlando for his first in-season, combined men’s and women’s runway show during London Fashion Week, simply called The September Collection. Show goers received the book with a foreward from Bailey: ‘Orlando has always been a treasury of ideas for me: a kind of dressing-up box to visit and revisit, and in which to find inspiration.’

Makers House is a physical manifestation of this season’s inspiration. In collaboration with the New Craftsmen in Mayfair, the two-floor space features a host of artisanal crafts people bringing to life and showcasing historic pastimes such as passementerie, patchwork, military embellishment, silk screen painting and bookbinding, while using the collection’s narrative as the starting point for their week’s work. On the second floor the entire runway collection is merchandised on an army of mannequins for customers with a Buy Now mindset.

Luxury brands are adopting more immediate routes for selling direct to consumers, with experience, education and emotion key components for success. With Makers House, Burberry is taking on a mentorship role.