International tax-free shoppers from the US, Middle East and China are stocking up on premium and designer-led collections from high-street favourites such as Topshop, Jigsaw, Warehouse and Marks & Spencer in the UK and fast-fashion chains H&M and Zara across Europe, as the trend for ‘premiumisation’ continues in the fashion industry. 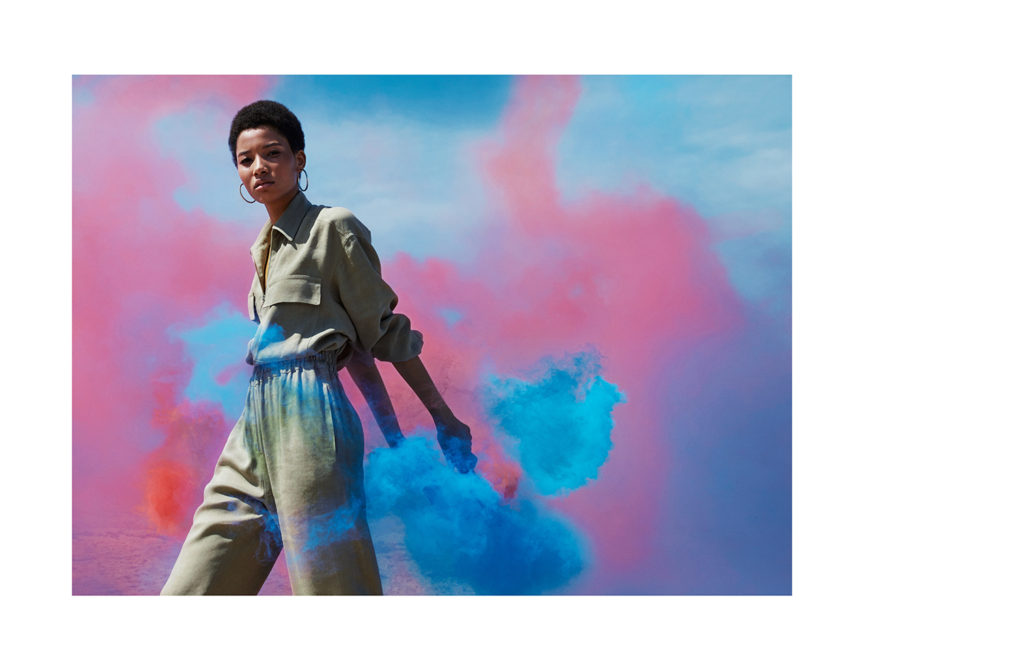 According to tax-free shopping specialist, Global Blue, globe shoppers are registering increased transactions in the mid-priced high-street stores category, especially for fashion and accessories. A sign that as middle-class Chinese consumers find their travelling feet, they are also shopping tax-free in Europe across price categories.

Americans in particular are coming to the UK and Europe for the cultural attractions and shopping opportunities, driven by the favourable FX. While in Europe, they are starting to show stronger transactions for tax-free shopping (TFS) than the Chinese. American globe shoppers registered a +67% increase in TFS sales in Europe for 2015, according to Global Blue data. This is not likely to change as market analysts expect the dollar to further appreciate in 2016.

After 10 years of delivering designer collaborations, H&M is still riding the wave of premium fashion on the high-street. ‘Balmain-mania’ in early November 2015 was a significant peak for this trend, when the Swedish retail giant partnered French luxury brand Balmain for its annual designer collaboration. The collection was backed up by high-profile advertising and social-media activity to produce the highest priced merchandise range yet –emerald sequin or pearl-encrusted dresses and jackets retailed for up to £300 – and later re-sold on eBay for more than £1,000 in some cases. ‘Our collaborations have a huge effect on the designers now, after 10 years; it puts them on the global map,’ says H&M’s global creative director Donald Schneider. ‘The result is that it’s changed the way people integrate with H&M. It has become acceptable to mix high and low fashion,’ he told the audience at WGSN’s Creative Futures event in 2015.

European fast-fashion conglomerates Inditex (owner of Zara, Pull & Bear and Massimo Dutti) and H&M (owner of & Other Stories, Cos and Monki) continue to expand into China and the US, despite the strength of the US dollar hitting H&M profits, and ‘balmy’ winter temperatures in the US, according to Bloomberg. This global domination is having a reverse effect on how those nationalities shop for fast-fashion when they visit Europe, and the favourable FX rates mean they can buy more from their favourite brands. As the middle classes from emerging markets such as China and South America take more overseas trips, they are increasingly shopping while overseas.

COS is doing much to raise the profile of fast-fashion or high-street brands by focusing on aspirational design-led collections at mid-market price points. It is expanding into the US and attracting a more international customer at its stores across Europe.

This global domination is having a reverse effect on how those nationalities shop for fast-fashion when they visit Europe, and the favourable FX rates mean they can buy more from their favourite brands. As the middle classes from emerging markets such as China and South America take more overseas trips they are increasingly shopping while overseas.

In particular Zara, the most popular Inditex retail brand, has keener price points in Spain, where production costs are lower for the vertical fashion operator. Spain is a pocket of growth in Europe, according to Global Blue data, where globe shoppers from Argentina, Brazil, Morocco and Mexico are all in the top 10 nationalities. They are making the most of the weak euro, driving increased TFS sales here.

The British high street is having a designer-collaboration renaissance for spring/summer 2016 and it is attracting renewed global attention. After being the first major retail brand to show on the catwalk at London Fashion Week in 2005, Topshop is still flying the flag for British design with its Unique collection, which is one of the most influential shows of the week, according to the Financial Times, and sells to high-end department stores in New York and Tokyo. Prices for the limited-edition Unique collection are increasingly between £300 and £800 for sequin or velvet dresses that sell out quickly.

Jigsaw is another British high-street brand elevating its status in the UK with a new premium range, A-line, which is pitched as high-design and higher priced. A-Line has been developed especially for the brand’s flagship store locations, and should appeal to a more luxurious international customer. The move has already paid off according to a Jigsaw spokesperson, who says the Duke Street store has seen an influx of high-spending Americans recently.

Marks & Spencer is under pressure to make its fashion collections relevant again, especially as it expands into overseas territories such as Western Europe and China, albeit at a slower pace than previously planned. A new ‘vintage-inspired’ collaboration with model and celebrity Alexa Chung may well be the successful campaign the retailer needs to attract a younger, more contemporary customer. The Archive by Alexa Chung collection launches in stores in April, and features 31 revived M&S classics ‘re-worked’ by the model with a focus on well-cut tailoring, superior quality fabrications and the British heritage factor that has international currency for the brand.

UK high-street brands Karen Millen and Reiss have an elevated brand perception in the US, thanks to well-positioned ‘flagship’ stores and premium priced merchandise selections. With shearling coats around £1,300 and leather jackets in the £800-£1,200, these brands’ price points easily rival major designer brands such as Gucci, writes the Guardian. These ‘mid-market’ retail brands have cleverly translated their British design credentials into international brand appeal. And when they are shopping in the UK, American globe shoppers can ‘bargain’ shop thanks to the favourable currency exchange.