Retail and media are converging as pop-ups become more about branded billboards than transient retail locations.

The notion of pop-ups is a well-trodden retail strategy. The latest approach to physical, location based branding is walk-in, immersive billboards to support a phygital campaign. 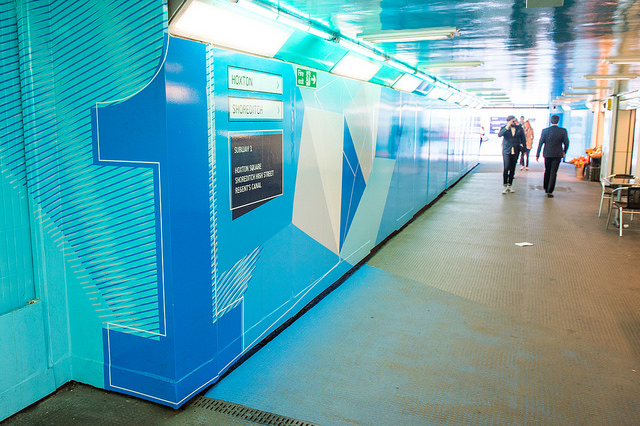 ‘We match ideas to spaces online and help brands make their ideas travel around the world,’ says Ross Bailey, founder and CEO of property locating marketplace Appear Here. Real innovation and the future of retail is less about omni-channel and more about allowing great ideas to happen across multiple channels, says Bailey. 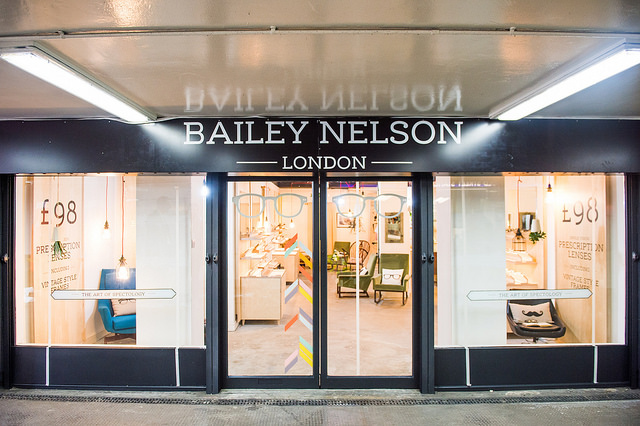 Online brands are becoming retailers. Physical spaces are becoming media. ‘Retail can be whatever you want it to be. As these lines blur, any brand can use a pop-up to meet its audience at the right time in the right place, at the right moment,’ says Bailey. He cites his company’s recent collaboration with hit US show Homeland – creating a fake CIA lie-detector ‘scene’ in a pop-up window – as a good example of how to market a DVD release.

Like Appear Here, Storefront is a US-based pop-up service that matches vacant retail property with brands looking for empty spaces.

Dubbed the ‘Airbnb for retail’ by TechCrunch, Storefront allows landlords with free retail space to rent it out to interested parties on flexible terms, whether that’s full stores, pop-ups for days/weeks/months or just shelf space. Earlier this month the 2013 start-up announced $7.3m in funding led by Spark Capital, also angel investors for Warby Parker. After a year of trading and over 1000 ‘hires’ for retail locations in New York and San Francisco, Storefront’s co-founder and CEO Erik Eliason says for every dollar spent, his merchants are making $7 in sales. Storefont says it is now aiming for its pop-up locations to be more than simply retail. As Storefront expands into Los Angeles, there are opportunities for online or mobile brands to launch new products and showcase them to consumers by finding spaces with lots of guaranteed foot traffic, says Spark general partner Mo Koyfman. 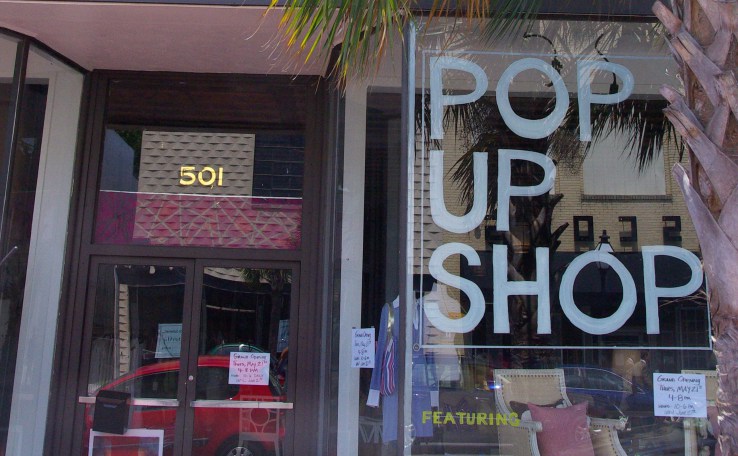 In March 2014, LVMH owned Kenzo partnered with the Blue Marine Foundation, an ocean conservation charity for a ‘No Fish No Nothing’ campaign as part of its spring/summer 14 collection. To coincide with the micro-collection launch, Kenzo launched a digital pop-up in Paris, where passersby could visualize the plight of fish and then buy pieces of the collection as donations. Viewers watched virtual fish swimming the ocean-blue hued store-front screens and over a few minutes 30% of them disappeared, returning whenever a purchase was made in-store or on the campaign microsite.

‘Kenzo’s virtual store front was a clever marketing move that allowed the brand to simultaneously have one foot in the physical retail world and one in the digital one,’ says Rachel Arthur, founder of Fashion and Mash, a marketing blog. 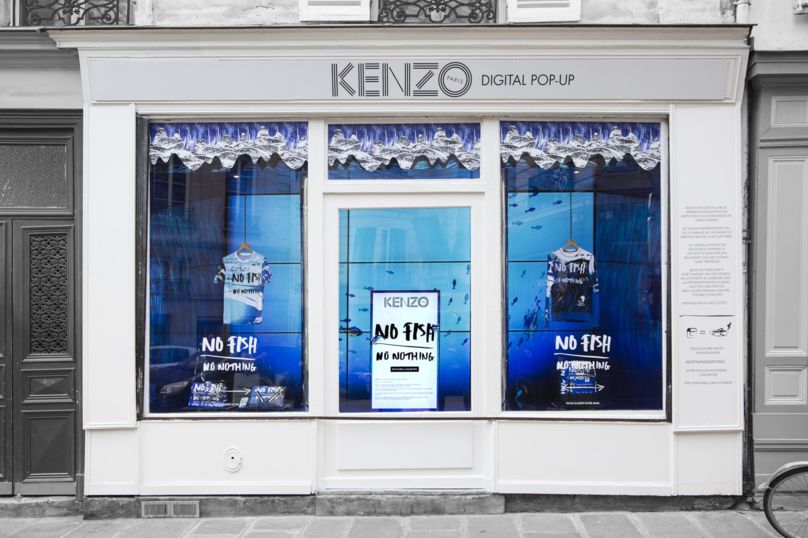 Kenzo No Fish No Nothing store front

The Kate Spade Saturday collaboration with eBay for a pop-up interactive store-front in New York in 2013, was a lesson in frictionless retail, according to Kate Ancketill, CEO and founder of GDR, a creative intelligence agency. ‘It’s a convergence case study that merges retail with advertising. It’s more than just a shop window. There are interactive elements that measure footfall into the store as well as engagement with eBay via mobile. It’s not a billboard, it’s not e-commerce and yet it is all these things,’ she says. 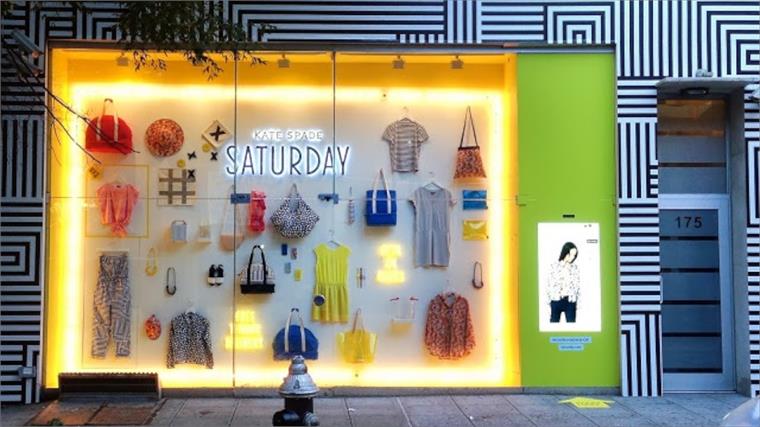 ‘Brands are blurring the lines between online and offline so as to gain the same levels of engagement in the real world that social media is frequently enabling,’ says Arthur. Smart brands such as adidas and Kate Spade Saturday through to Toms and Rebecca Minkoff are trialing virtual-store fronts, while the concept is still new; it also drives interest from passersby, not to mention global press. ‘As more surfaces become interfaces, and the role of the screen evolves, I expect to see more of this from big players’ she says.

* Pop-ups are going phygital. Brands need to think about how they can turn empty spaces into walk-in, interactive, live advertising environments. If customers can make purchases even better, but the focus should be for brands to transition their media spend from billboards to retail spaces. Windows are being reinvented as physical embodiments of websites. Bring in gesture-control, touch-screen elements and scannable content that can be personalized and brands are able to create an omni-channel experience that resonates with digitally savvy consumers who like to mix both on- and off-line worlds.