Since fashion is now shared instantly across social media, it’s no wonder how we shop for it has become more instant too. From Instagram to Pinterest and Tumblr, these platforms have become a visual marketplace for fashionistas, brands and retailers. Most important are the style leaders or ‘taste-makers’ that other users follow – and they’re the ones responsible for a new Shazam-style of shopping.

Snap it, search it, buy it

Just as another season’s month-long fashion week circus kicks off, there is a raft of new apps that target the street-style set with instant-hit fashion, at the click of a photo search. I’m calling this the ‘Shazamification of shopping’, since the practice of snapping what someone is wearing, then searching, then buying it, mimics the music identifying app Shazam. Last year Shazam announced it would broaden its service by recognising content from TV shows, so that when people ‘Shazam’ a show, they can link through to buy items worn by presenters or actors. Andrew Fisher, Shazam’s CEO, told The Guardian: “We have the ability to identify the product in a TV show so that when somebody Shazams it, they could find out where a presenter’s dress is from in one click.” Not only does this ‘search and shop’ business model look set to change the way we consume TV, it is also having an effect on how we shop for fashion. 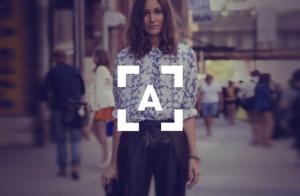 ASAP54 launches on February 28th and is almost identical to Snap Fashion in its image-led search functionality, however it is more sophisticated in the way it allows the user to identify a type of garment or fabric to facilitate a more accurate search. Founder Daniela Cecilio previewed the app at a recent DECODED networking event and told the audience she launched ASAP54 as a way of processing what the human eye can see but with the power of an online retail database to search for items that match the visual. Apparently if you’re not happy with the algorithmically generated search results you can select an option for a ‘human’ fashion expert to step in and make suggestions and crowdsource it out to ASAP54’s social community. (ASAP54 has just announced $3million of funding and was profiled yesterday on Business Of Fashion.)

There are others following suit too. StyleEyes is another Shazam-style shopping app that allows users to snap, search and buy, organizing results into price and discounted options – any encouragement to click to purchase!

Taste-makers’ influence
Blame it on the taste-makers who pin where others follow. eBay relaunched its US home page in October with a taste-makers make over, advising users to ‘Follow It – Find It’ through the marketplace’s new hotlist of curators. The initiative (now called eBay Today) was spearheaded by Michael Philips Moskowitz, founder of taste-maker start-up Bureau of Trade who is now eBay’s chief curator and editorial director. 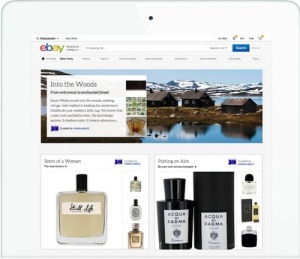 For some retail brands it’s a race to find the best influencers to follow. I’m a big fan of Nuji and everyone loves Lyst of course. Now even J Crew and Zara are on to tapping the ‘right’ people for their taste-graph influence. And then there was DisneyRollerGirl’s Tumblr -esque collab with Gap.

The latest trend is for shopping sites that merge the Shazam-style snap-and-search function with the influence of taste-makers. Keep is a new platform that fills the click-to-purchase gap on Instagram. Launched last month, Keep follows 100 of Instagram’s most stylish fashionistas and helps users find out where to buy the fashion they’re wearing in their posts. For example, recently Lena Dunham posted a picture of herself in a Strokes tee. On Keep users can buy the same product on Etsy, then like it, or keep it via their own Pinterest-style board on the Keep platform. It’s basically Instagram-fuelled shopping advice via the Keep staffers who do all the leg work!

Even more fashiony is MuseStyle, which also launched in January. The site’s focus is street-style stars, influential bloggers and fashion muses – you can follow their style and recommendations as well as shop the looks via unobtrusive clicks. At the moment I’m loving the on-trend posts by Natalie Kingham of Matches and the polished glamour of Taylor Tomasi-Hill. 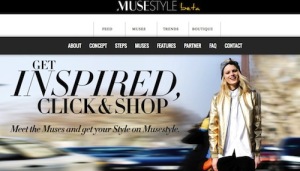 And it was just a matter of time before the original taste-maker fashionista website, Net-a-Porter got a whole lot more social. Last fashion week The Netbook launched, letting (select) users see what others are buying, liking and admiring from a pool of visible global fashionistas, aka fellow members of the Netbook community. Alison Loehnis, managing director of Net-A-Porter, said the app was a more visual way for fashion fans to discover and shop products, inspired by the global fashion community. 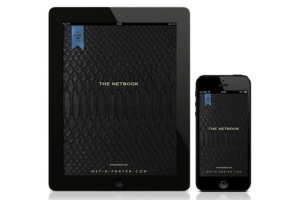 Magazines merge with stores
Magazines have also jumped on the ‘search for it’ reader appeal. Lucky Magazine was the first to market in 2012 with its taste-maker shopping platform MyLuckyMag that showcases what power-users are liking, sharing and shopping for. Now, Glamour Magazine has launched a similar search and shop hashtag #GlamourFashionScanner that can be used across any of its social media feeds and is hosted on its Google+ platform. This live and direct fashion advice service allows users to search where to buy outfits they like – tapping directly into the magazine’s pool of editors for insider know-how.

But what does it all mean?
I’m watching how consumers are shopping on their mobiles for instant-hit, street-style fashion. As the traditional bi-annual fashion cycle morphs into a constant stream of newness and fashion shows are recognized more as a publicity tool than anything else, the process of shopping for style is becoming controlled by clicks and thumb scrolls. Soon that will be voice-control and hand-gestures as wearables like Google Glass become more widespread. My tip for the next phase of all this? Watch out for Glashion, launching in the US soon…

*This report first appeared on DisneyRollerGirl: Shazamification of Fashion