Branded content is all the rage now, from etail sites with blogs and themed edits, to fully-formed in-house magazines from brands like Topshop, Acne and Cos. Blending the charm of a physical magazine with a digitized approach to revived archiving, Levi’s Made & Crafted has gone about things in a different way. 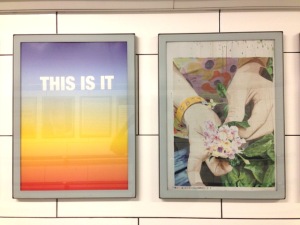 Levi’s is slowing down for its latest ad campaign – a multi-disciplinary arts project that was inspired by the 60s visual artist Dan Graham and his interventions using contemporary magazines to expose people to new artworks.

The campaign launched last week with a gathering at the Levi’s flagship on Regent Street, where the classics and provenance themed brand, Levi’s Made & Crafted was the focus. I love a meaningful collaboration and this one resonates for its creativity. 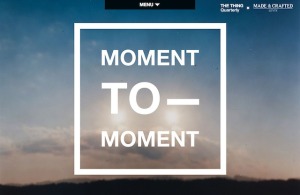 Levi’s Made & Crafted has joined forces with San Francisco-based magazine The Thing Quarterly forMoment to Moment, a broadsheet newspaper containing pieces of art ranging from essays, poems and photography for which the denim brand placed advertising spreads, curated visual artists’ work and hosted live creative events – all in the name of slowing down.

“It’s a magazine you can move through digitally,” says Joshua Katz, global marketing director for Levi’s. Katz says the campaign is for people to experience the pages of a newspaper via print media and poster ads, online apps, animated gifs or videos. “The idea is to slow down and really read or appreciate something meaningful.”  The Moment to Moment project features 20 artistic collaborators and can be found throughout August on the website GoodThingsTakeTime.com, and also in a broadsheet newspaper distributed in London, New York, Tokyo, Los Angeles and San Francisco. 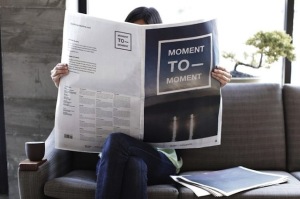 But what does it mean? My take is that people want to consume media/art/culture at their own pace so just slow down and appreciate something someone has created in the name of art. Reflection is good for the soul and just like well made clothes, good things come to those who wait…